At 05h00 on Saturday the 25th of May 2019, about 130 members of Wilderness Search And Rescue (WSAR) assembled near the top of the Du Toits Kloof mountain pass in order to conduct a simulated search for a helicopter that had crashed while retrieving a maintenance crew who had spent the day at the Telkom tower array.

Before sunrise a safety briefing was held after which the exercise commenced. An Incident Command Post (ICP) was established higher up in the mountains while the various support teams were activated. 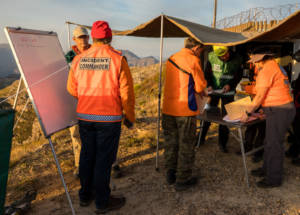 4×4 vehicles were used to transport the responders to various locations. 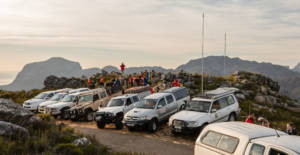 Once the search had revealed the location of the wreckage in a narrow gorge, 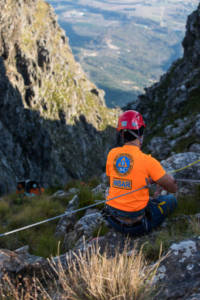 a team was sent down to investigate and report as much information as they could to the ICP. 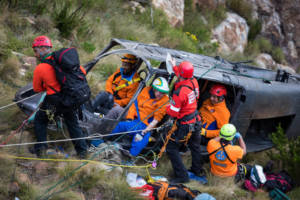 From the patients it was gathered that there were nine persons including one pilot on board the helicopter when it took off. The pilot and three passengers were found in the wreckage. One of  the passengers was confirmed “deceased” on the scene. The rescuers further concluded that five persons were ejected from the aircraft before or after impact.

Shortly after the scene was populated with rescue crew, a report from a team leader was received regarding three possible “survivors” at two different locations on the surrounding steep cliffs of the gorge. 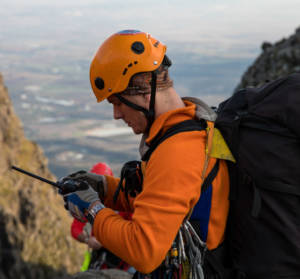 Two separate teams were dispatched to reach these “survivors” who could only be accessed using rope systems. 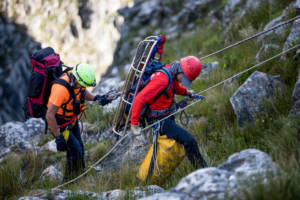 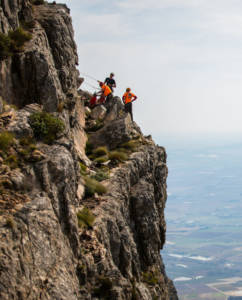 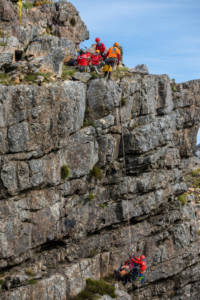 The K9 teams who were searching as well, located the last two “survivors” at two separate locations, one at a nearby koppie and the other in an adjacent gorge. 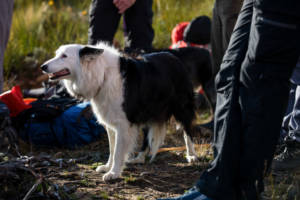 Various VHF two way radio frequencies including a repeater station were used for communication between the teams in the field, the ICP and the Metro Rescue Control Center in Tygerberg.  The ICP also made use of a High Frequency (HF) communication network that was set up by the Logistics group. Here information was forwarded to the Aeronautical Rescue Coordination Center (ARCC) in Pretoria, after two containers were discovered in the wreckage. One was marked “Radioactive Waste” while the second one was marked “Bio hazard”. As per the instructions of the ARCC, all rescuers were immediately withdrawn from the scene until more information concerning the safety hazards could be determined. 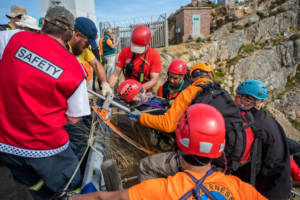 By this time, after the necessary medical care had been administered,  the stretcher rescue of the three “survivors” who were found on the two cliff sections had already begun. After specifying the correct Hazardous Materials (HAZMAT) procedures to be followed, the ARCC authorised the rescuers to return to the wreckage. The airframe was secured to prevent it from tumbling down the gorge, after which two teams advanced to remove the three “survivors” and the body of the deceased. 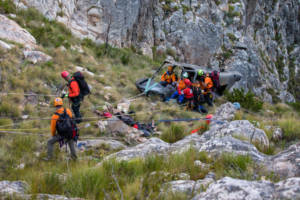 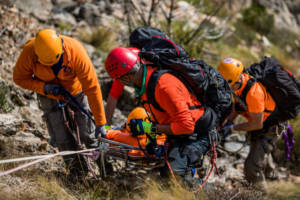 Advanced rope, sling and pulley systems were rigged for the retrieval of the victims of the crash. By 13h30 the nine occupants of the crashed helicopter had been located, eight of them were stretchered to the ICP while the ninth one was “walking wounded”. The rescue teams managed to achieve this feat about two hours earlier than the anticipated time which was allowed for the exercise. 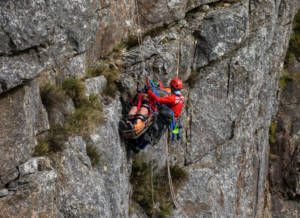 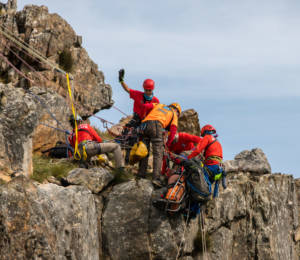 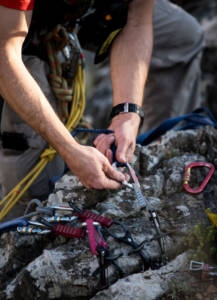 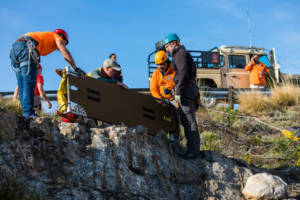 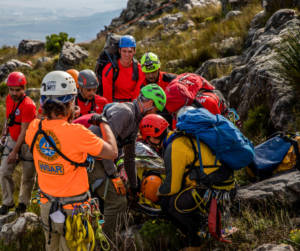 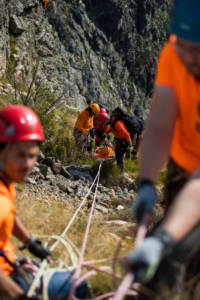 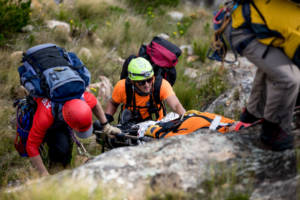 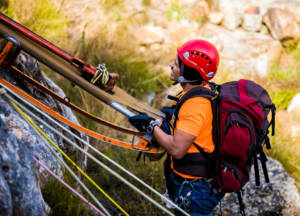 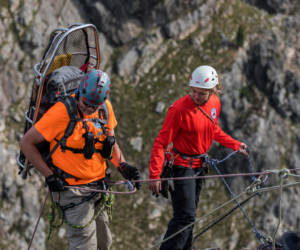 The WSAR Care And Support (CAS) team had set up a field station lower down close to the mountain pass where they provided a light meal and refreshments for the teams who gathered there for a debrief.